​Lisbon in a Nutshell
Being the westernmost capital city in Europe, Lisbon is Portugal’s largest city and the political and economical center of the country, with a population of about 600 thousands integrated in a metropolitan area of over 3 million people. Watch video about Lisbon 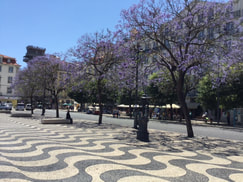 Lisbon is one of the most amazing cities of Europe, often considered a hidden gem, although with a long tradition of welcoming travelers. It mixes old with modern and traditional with innovative in a historical and lively city with monuments, architecture, museums, culture, gastronomy and nightlife to offer. It has currently two UNESCO World Heritage Sites: Belém Tower and Jerónimos Monastery.

Within a radius of 25 miles from Lisbon’s center you can find a variety of attraction hard to match in any other European Capital city, including beaches, both urban, as Cascais or Carcavelos (very nice surf spot in wintertime), and almost unspoiled as in the vast sands from Costa da Caparica (also a surf spot) to Meco, world class golf courses, casinos, wildlife (Arrabida’s National Park, which vegetation is one of the few remaining examples of pristine Mediterranean forest, and where you can find friendly wild Dolphins in the seaside; Tejo National Park is one of the world’s major migratory birds sanctuary and you can find there big flocks of pink Flamingos among other birds). If you are a surf fan you may want to go a little bit further north and catch some of the best waves in Europe.
Click here for Lisbon History